Thanks to all who attended The Festival Congress!

Wow! What an incredible first year we’ve had. We’d like to say a big thank you to all the delegates, speakers, staff, sponsors, exhibitors, DJs, bands, hosts, curators, and anyone who helped or took an interest in this huge coming together of Independent Festivals in Cardiff.

Not only was the event a complete sell out, but the quality of panels and presentations was astounding and we’ve had nothing but positive feedback from all who attended. Jude Kelly delivered an absolutely inspirational keynote speech, about how festivals relate to the wider culture, and how they have potential to create societal change.

We are honoured that such a high calibre of speakers were up for coming along to Cardiff and contributing to panels and discussions about this unique industry, and how we can implement change as well as celebrating what has already been achieved. 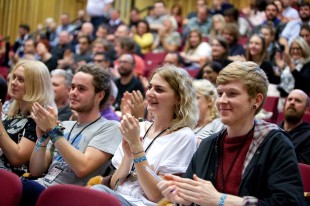 The first ever Festival Congress Awards (hosted by Ben Challis and introduced by Huw Stephens and Bethan Elfyn) recognised and celebrated the great variety of work that took place in the festival industry this year. Winners included Catfish & the Bottlemen for ‘Live Act of the Year’; Showsec for ‘Friendliest Security Staff’; Dan Le Sac vs Scroobius Pip for ‘Artist for the Audience’ and The Arcadia Spider in the ‘Mind-Blowing Spectacle Award’ category.

Dan Le Sac, said: “We are honoured to win this award. We’ve spent the last 8 years together planning shows because we love gigging, so to be recognised for that is truly wondrous! The cherry on the cake is that the award comes from the AIF – the independent festival scene is hugely vibrant in the UK and plays a massive part in keeping the music industry alive.”

AIF vice chair, John Rostron, said: “What a way to kick off the first ever Festival Congress Awards, with some terrific winners and plenty of good fun in the mix. The fact there are winners here who aren’t even a part of the AIF, yet have been nominated and voted for by our membership, demonstrates the great spirit of support for the sector, which runs throughout the AIF. Our festivals LOVE festivals, and there’s a lot of love for these worthy winners.”

Festival Congress Director and AIF Senior Manager Claire O’Neill said: “It has been such an inspiration to have the roots of the festival community all in one place, to share experiences and take time out to reflect on what we are doing and why. We are constantly reminded of the cruelty that humanity is capable of, and here we find the opposite. We have left feeling a renewed energy and passion for the importance of creating happy places for people to come together to celebrate and enjoy life. It is a tradition as old as humanity and is an essential part of our nature. Thank you to everyone who was involved in making the Festival Congress special, and to the people who give us such a vibrant festival landscape.” 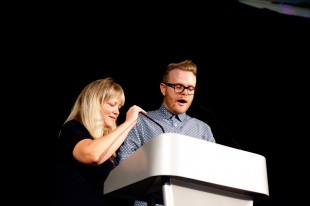 The full list of awards winners was as follows:

New Festival on the Block – Fire in the Mountain

Live Act of the Year – Catfish & the Bottlemen

Artist for the Audience – Dan Le Sac vs Scroobius Pip

Festival Venue of the Year – End of the Road: The Garden Stage 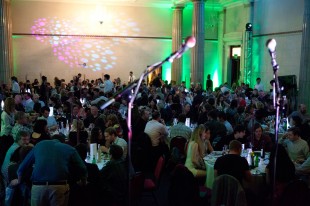 The Festival Congress is presented by AIF and supported by the Major Events Unit of the Welsh Government and the British Council.

For those that couldn’t make it, and for those that just want to re-live it, the story of The Festival Congress is below!