Mystery artist to play the main stage at Village Green

Media speculation as to who is “Longy” has been rife – the mysterious guise of a musician that was rumoured to be headlining Glastonbury according to The Telegraph. This, of course, turned out to be an April Fool’s, but there is a Facebook group as well as a Twitter profile, an Instagram and even a website, all dedicated to the mystery artist.

At last year’s multi-art form and music festival Village Green, Longy played a set on the small Café Valise stage. This year however he will be performing on the main saddle-span stage in front of thousands, for the past twelve months have seen the musician careering into the public eye.

Appearing out of nowhere in 2013, the anonymous busker self-released a debut EP. This had been recorded in a shed whilst he was homeless in East London, sofa-surfing and sleeping rough. The record was awarded XFM Demo of the Year. Like graffiti artist, Banksy, Longy has closely guarded his real identity. Tweeters have so far ventured that Longy may be a cover for Kasabian, Kanye West, Chris Helme from the Seahorses and many more. Longy will be returning to the much loved Southend Festival on 12th July, and releasing new single, Love Schizophrenia on 29th April.

Tickets for Village Green are available from www.metalculture.com 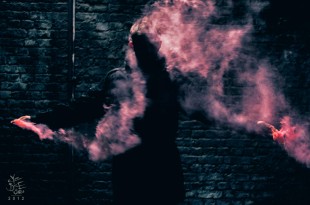