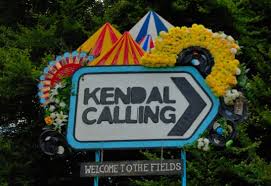 AIF member Kendal Calling festival has sold out 11 weeks in advance of this year’s festival – the fastest time in its history.

The event has a Beyond The Stars fancy dress theme, plus Tim Peaks Diner, a real ale festival, gourmet food, a dedicated children’s Ladybird Arena, a diverse array or markets, the Garden Of Eden healing area, Q and A’s, talks and much more.