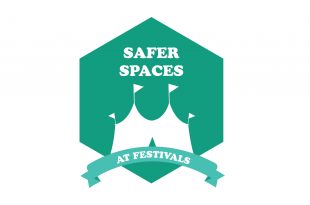 What is Safer Spaces at Festivals?

Safer Spaces At Festivals is a campaign and charter of best practice originally launched in 2017 to tackle sexual violence, harassment and assault at festivals. It was relaunched in May 2022 by AIF in partnership with Rape Crisis England and Wales, Good Night Out, Safe Gigs for Women, Girls Against and UN Women.

What is the point of the campaign?

Is sexual violence a problem? 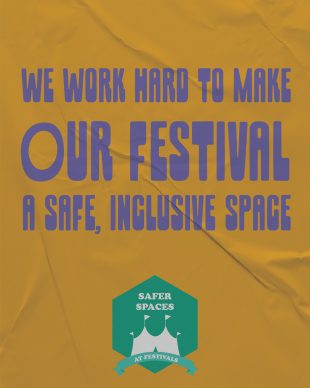 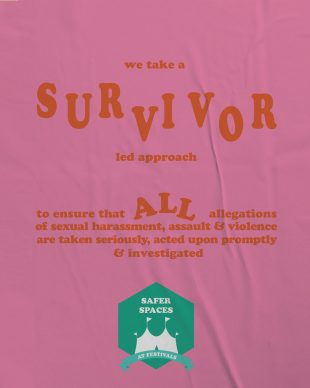 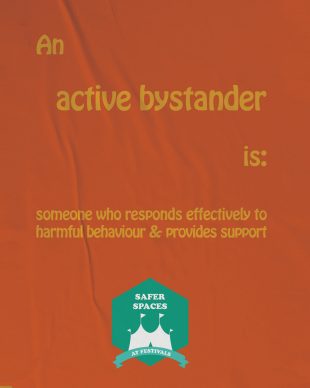 Is sexual violence a problem at festivals?

Festivals are ultimately microcosms of wider society and sexual violence is a problem that persists in our society.

In the summer of 2018, YouGov reported that 1 in 5 festival-goers had experienced sexual assault or harassment at a UK festival. This is a lifetime statistic, not connected to any particular event or year.

In AIF’s latest audience survey, following the 2019 season, when asked: ‘Did you experience sexual assault or harassment at any festival this year?’ 98.7% answered ‘No’. This was from a total of 2,283 respondents, 68.83% of which identified as female.

However, at festivals and in wider society, the scale of sexual violence is difficult to measure due to the underreporting, underlining the need for a proactive approach from festival organisers, who take this issue incredibly seriously in the planning and delivery of their events.

What does the charter ask festivals to commit to?

The Charter states that all allegations of sexual harassment, assault and violence will be taken seriously, acted upon promptly and investigated. This is supplemented by a commitment to clear, robust reporting and disclosure procedures, including how to report incidents onsite and post event.

Festival policies will include relevant health guidance and connections to local services, and the campaign will feature advice on how to be an active bystander including the ‘5 D’s’ of Bystander Intervention, devised by Right To Be – Direct, Delegate, Distract, Document and Delay.

In addition, participating festivals will actively promote the principle of consent regarding sexual activity on-site at events, defining consent as “someone engaging in sexual activity if they agree by choice, and they have the freedom and capacity to make that choice” and reiterating that consent can be revoked at any time.

Participating festivals are also committing to assessing their training needs and provide training for staff and volunteers on both how to proactively monitor for and deal with incidents of sexual assault and harassment.

AIF also created shareable assets with key messaging, to be used on both social media and onsite posters.

If you’re a festival that wishes to sign the Charter, please email phoebe@aiforg.com. 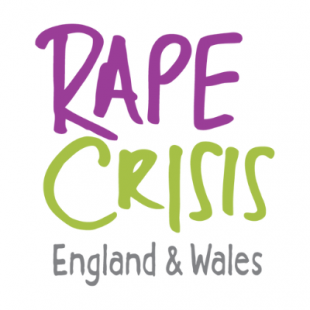 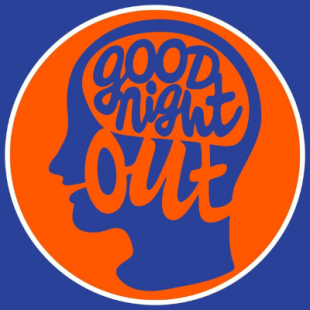 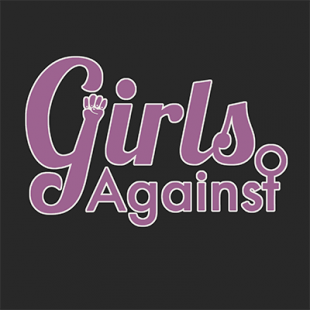 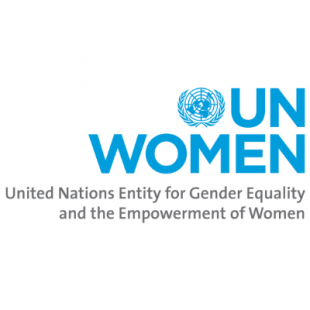 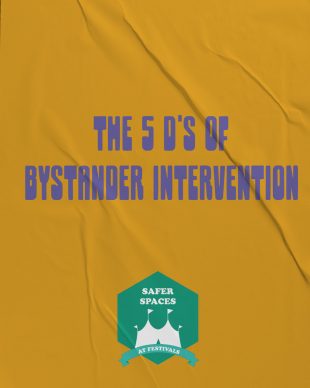 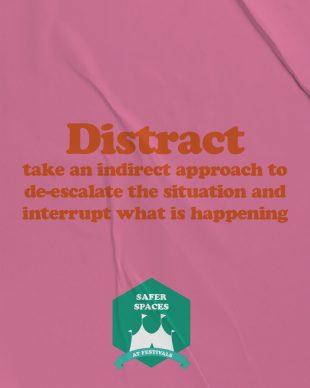 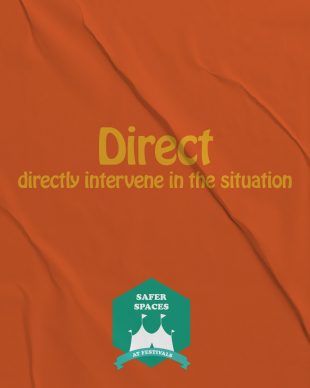 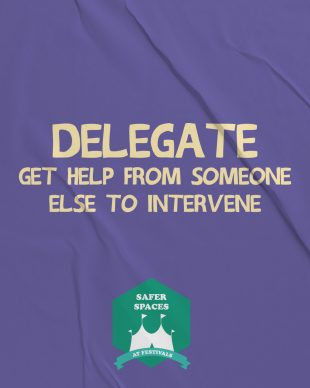 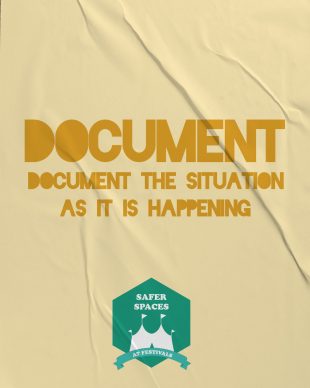 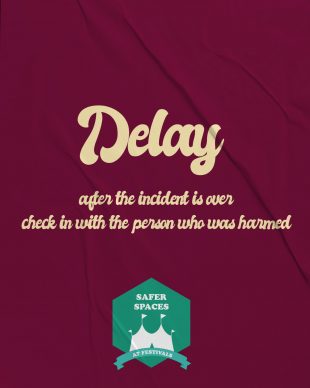