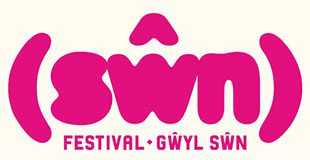 Swn is the Welsh word for ‘sound’ and is pronounced ‘soon’.

Around 200 bands play across over a dozen venues in Cardiff, a mix of established acts and new or emerging performers, where people buy a wristband and then get free priority access to as many shows as they can take in. Swn Festival is a celebration of creative music talent in Wales, the UK and abroad with a uniquely Welsh perspective. Swn exists to attract new audiences to live music; to introduce existing audiences to new bands and to enable bands to play to bigger audiences than they would usually.

All this is done in Cardiff. There is no other contemporary music festival in Cardiff. As such Swn Festival has picked up the baton dropped by the late 1990’s ‘Cool Cymru’ output and the 2000 event ‘Radio 1’s One Live in Cardiff’. Swn Festival drives a modern musical legacy in Wales.

Swn Festival is programmed by the Festival Directors Huw Stephens and John Rostron. Huw presents several show on BBC Radio 1, including a weekly Wednesday show with the emphasis on new music, he also presents new Welsh Language Music on his weekly shows C2 on Radio Cmyru. Huw has helped developed an Introducing… stage which now takes new music to Glastonbury, Latitude Festival, Reading and Leeds Festivals and T In The Park in Scotland and he hosts the TopManCtrl new music show on Channel 4.

John is a live music promoter in Cardiff, who places a strong emphasis on new and emerging acts. He also founded and chairs the Association of Promoters and Events (Cardiff) to help independent promoters in the Welsh Capital. He is also on the board of the Welsh Music Foundation as a Stakeholder Representative. Swn is programmed with about half of the acts coming from Wales and the remainder from a mix of the UK and abroad. Submissions are invited too – ongoing throughout the year – and in targeted promotions through Twitter, Facebook, Myspace and the like. Each year several bands have been confirmed on the strength of demos received.