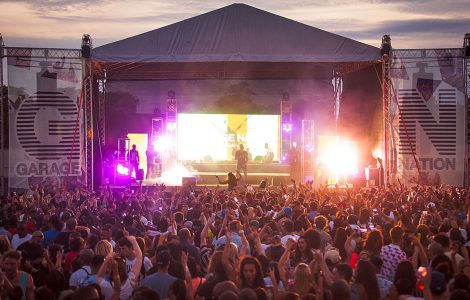 Garage Nation is a long running club brand that dawned in the early 2000’s during an era where UK Garage was at its peak. Since then the clubs have run a steady selection of shows across the country. 2015 saw the launch of the UK’s first ever Garage Nation Outdoor Festival. 2 days of UK Garage Music held on Streatham Common in South London. The Saturday festival which focused on the Garage Nation brand sold out in less than 4 months to an audience of 10,000 people.

The main stage saw the likes of DJ EZ, So Solid Crew, Karen Harding with over 100 artists spread across the other 3 arenas. The Sunday show launched the new Dance and Garage brand; One Dance Festival. The event saw the likes of Pack London, Kiss FM, Innovation become partners and help deliver an amazing mix of Drum ‘n Bass, Dance, House and of course some the best Garage artists from around the country. After an incredibly successful first year, plans for summer 2016 have already begun.