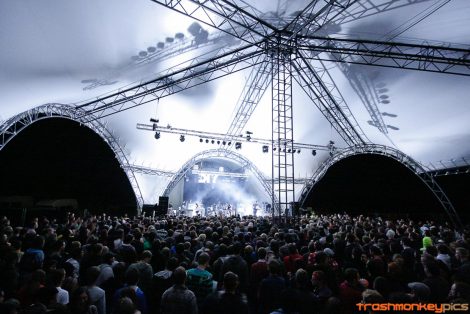 ArcTanGent is the UK’s only festival dedicated to the very best music from the worlds of math-rock, post-rock and noise rock.

Held just outside the amazing city of Bristol on the last weekend in August, you’ll get 3 nights camping, over 70 bands across 4 stages, a silent disco and some of the best food and drink money can buy.

Previous acts to have played ArcTanGent include 65daysofstatic, Future of the Left, And So I Watch You From Afar and Fuck Buttons.

ArcTanGent was also recently short listed for the Best New Festival and Best Small Festival in the UK Festival Awards.