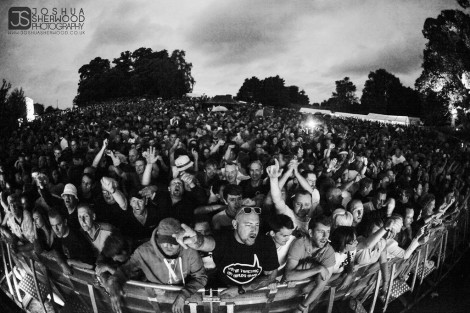 Ampthill Festival is a summer weekend of music, entertainment and fun which takes place in the beautiful surroundings of a Capability Brown laid out park in rural Bedfordshire. The event has been running for more than three decades and now comprises the AmpRocks pop and rock festival, Proms in the Park classical concert, the free family-focused Gala Day and the Ampthill Literary Festival. In 2015, the theme for the weekend was New York and this thread ran between many of the weekend’s events.

AmpRocks has just had its sixth outing and was our best yet, selling out its 5,000 capacity three months in advance. Our line-up was Time to Live, the winners of our local Battle of the Bands, The Cuban Brothers, Scouting for Girls and headliners Razorlight.

Proms in the Park changed the mood for Saturday but was no less exciting. This year, 2,500 prommers came to listen to music from the popular Ampthill Town Band, the amazing Redborne Jazz Band and the superbly talented Ampthill Concert Orchestra (ACO). Perming with the ACO was Royal Academy trained and internationally renowned soloist Rebecca Bottone.

Sunday’s Gala Day starts with a themed parade through town to the park. This is a day for relaxing, listening to great music and watching some fabulous arena acts, including fire and chainsaw juggler Dangerous Steve, as well as meeting up with friends and finding out about local community groups and businesses. 2015 also saw the return of the Literary Tent with writer Julia Jarman and illustrator Lynne Chapman. In the music arena, local bands such as The Numb3rs and Big in Brazil whipped the crowd into a frenzy for Sunday headliners Chas and Dave.