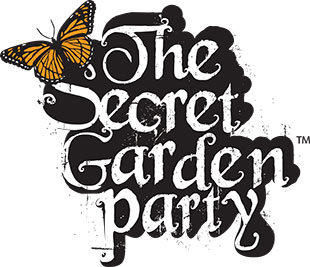 Paul Reed, General Manager, Association of Independent Festivals (AIF): “As a trade association representing the interests of over 60 festival organisers in the UK with a collective audience of over 600, 000 people, we wish to respond and provide some clarity regarding recent articles in the media addressing sexual assaults at festivals in the UK. It is extremely disappointing that some sections of the media are engaging in scaremongering on what is obviously a very serious subject, not helped by the fact that recent articles have been poorly researched and in some instances entirely inaccurate”

The Secret Garden Party, one of the AIF’s leading members, feels strongly on this issue and has released the following statement:

“There have been a number of articles in the press recently regarding sexual assaults at festivals, mostly in Europe and to a lesser extent the UK, including some inaccurate comments made about The Secret Garden Party.

We don’t have a problem with considered and well-researched articles as this is an important issue, but there are some journalists and bloggers who have published articles recently filled with inaccuracies and false claims. This hurts, particularly when we are striving to deal with this issue to the best of our ability. The care of our attendees is always our first priority. Festivals are generally a safe and friendly environment and there needs to be some sense of proportion based on facts, so here is some clarification from our perspective.

Some of these writers did not contact our office or representatives as they claim. We have never refused to engage with anyone or respond to any enquiry on this important subject. We have consistently shown a willingness to engage on this subject and added the issue to the agenda of independent festival body AIF in April this year.

We have requested dialogue with women’s organisation Good Night Out, who so far have not responded. The London Feminist Network organisers of ‘Reclaim The Night’ have never approached us. We would have been grateful for their advice and input. We have engaged in correspondence with individuals who have concerns on this issue, offering an open and transparent forum for debate. We have regular meetings with the police, our security teams and other relevant organisations to ensure we have robust and responsive procedures in place for the provision of a safe party.

Therefore, some of this reporting is, in our opinion, reckless in regards to the very safety they are concerned with. Such articles risk actively endangering our audience by convincing them we don’t care, that there is no point approaching us with their concerns and by portraying festivals as a place where people can expect to get away with this kind of behaviour.

This helps no one but the sales of the publications and we are disappointed to have so little support from people who claim to care about this issue.

We are doing everything that we can to make SGP a safe, secure and happy environment.”

“ During the course of the 2015 Secret Garden Party (SGP) a rape was reported during the event. It saw the police and Event Organisers work together, fast-time, to investigate the matter with a view to bringing an offender to justice, and moreover, to safeguard other event attendees or ‘Gardeners’ by raising awareness that a serious sexual offence had taken place and providing guidance as to how to better ensure their safety. This meant making witness appeals, putting up posters seeking witnesses and other relevant information; this meant advising females about risk-taking activities and how, in spite of such, they could better keep themselves safe by being with friends and other trusted parties.

The police and Event Organisers were very open and transparent in our response to this serious crime because it was our firm view that this would better keep people safe and, of course, deliver a duty of care.”

Reed added: “This is an issue that is taken very seriously by AIF festival organisers. Providing a safe and enjoyable environment for audiences is paramount and is reflected in the planning, policies and practices of all AIF members, including the provision of welfare services, 24 hour security on campsites and arenas and close working relationships with Police and other relevant agencies. AIF are planning a public facing awareness campaign addressing this issue, working with appropriate partner organisations to get clear safety messages out to audiences alongside producing a shared charter of best practice and vulnerability policies for members and the wider industry”.